Worried about your skin? Hear it from Dr. Mikki as she busts skincare myths and reveals the secrets of a healthy skin

Skincare in India probably has been one of the most misunderstood terms. Men or women go on to purchase the most expensive...
More

When clay makes a good potter…

The celebratory scenes at the Court Philippe Chatrier, the crowd pompously cheering for Rafael Nadal as he hoisted the La Coupe des Mousquetaires in the recently concluded French Open 2018, kindled me to re-imagine the parable of ‘Clay and the potter’, where a tea-pot narrates to its admirers, its transformation from being a lump of clay to a beautiful tea-cup.

‘You don’t understand’, I said with tears of joy. ‘I have not always been at the podium winning grand slams. When I started Tennis, I was just like a lump of red clay. A racquet in hand to fight the millions of balls that came charging at me with unrelenting speed, I hit some and most hit me…the balls pounded and patted me over and over, and I yelled ‘I don’t want any of it, let me alone’ but the voice inside me only smiled and said ‘Not yet!’

‘Then, BANG!! started physical training – running miles and miles, lifting weights after weights, stretching my physical limits to a point where I thought I would collapse, utterly exhausted and profusely perspiring I pleaded ‘Stop it! I can’t endure a minute more’, the voice inside me only nodded and said, firmly: ‘Not yet!!’

By the time I hit my teenage, my Tennis career was poked, prodded and bent out of shape with a chronic foot problem that caused agonizing pain and swelling during regular practice sessions. I cried ‘I can’t bear this intense pain anymore. Take me out of here’, my inner voice soothingly said ‘Not yet!!’

The searing pain in the feet was well addressed with a custom-made shoe and just when I pleasantly thought ‘Ahh this feels much better’, knocked the knee problem, a consequence of the custom-made shoe, as its pressure on my knees to relieve my foot problem. The pain was so intense with burning sensations that I felt I was in a hot oven. I decided to halt and not walk a step further when my inner voice looked at me in the eyes and said ‘Not yet!’ 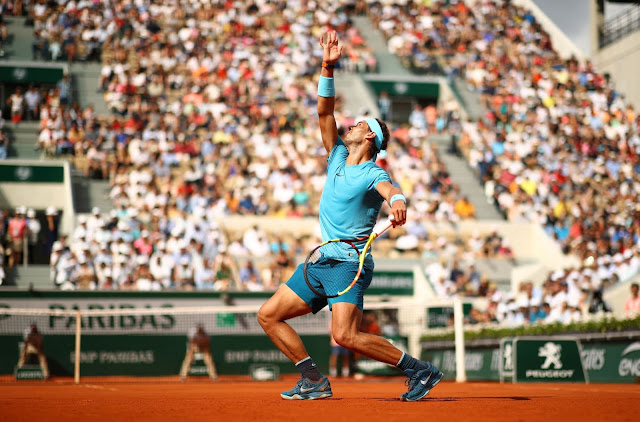 Like the many injuries that plague tennis players, I too have experienced my fair share – torn wrist, abdominal tears, tendonitis, lower back problems, boils and blisters that have forced me out of the competition in times as crucial as finals of grand slams. Whenever the fumes of injury burn me and I lower my arms, dejected, thinking that the doors are closed, a determined voice in me echoes ‘Not yet!’ and magically the doors open…somebody hands me a mirror and says ‘Now, look at yourself!’ 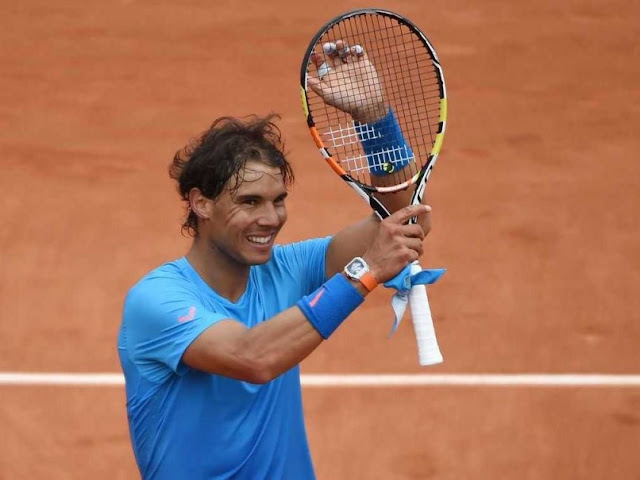 ‘This can’t be me, it all looks so beautiful ’, I say looking at the mirror filled with images of me clutching the French Open in reverence and the audience applauding the moment. Some say this is the eleventh time I have done it on clay and seventeen times in total, but to me, every experience is as sacred, reverent and distinct as it gets.

Breaking my reverie, the voice quietly whispers ‘I want you to remember this – I know it hurts to be pounded and patted, but if I had let you alone, you would have dried up. I know it was physically draining in the gym but if I had stopped you, then you would have crumbled. I know it was tormenting to bear with the swollen feet and burning knees every day but had I pulled out of the heat, you would have cracked. I know the flames of injury left you despondent but had I allowed you to drop your arms, then you wouldn’t be the fighter who never gives up! This game, the clay, the grass, the toil and your efforts to defeat the obstacles along the way, is what shapes you and keeps you going’

This article is a figment of the author’s imagination and does not represent any excerpts or comments of the athletes from the actual scenario, however, the injuries to Nadal as mentioned in the article are factual.

This article was first published on www.athletales.com

About the author
An ardent believer in storytelling and sport as ways of life. Jack of some sports, but an athlete of none! A persistent gully-sportsman who actively cycles, plays cricket and table tennis and believes in sport more as a discipline than entertainment.
June 25, 2018

Deals starting as low as INR99, up to 90% off on Accessories, Electronics, Fashion, Home & Kitchen categories ShopClues.com,...
Read more
Lifestyle

Are you looking for a camera that creates Instant Pics? Check out Fujifilm India’s new Instax SQUARE SQ1

Personal Branding in the Digital Space – Just like Steve Jobs & Elon Musk, you can do it too.

Personal branding today is not just a good-to-do activity, but a necessity for all Kunal Shah
Read more
Lifestyle

This monsoon, it’s raining food from the cloud in Bengaluru

The city has lately witnessed a flurry of cloud kitchens from the biggest names in the F&B space Every...
Read more
Food & Hospitality

Teri Maki Sushi! This new takeaway place in Mangalore is creating a ‘sushi culture’ in the city

From Crab Maki to Chicken Ghee Roast Sushi, there are more than 20 original varieties on the menu Covid-19...
Read more
Food & Hospitality

With many ‘Firsts’ and ‘Green Initiatives’, ITC Gardenia is setting an unprecedented benchmark for the hospitality industry

ITC Gardenia was conferred with the highest rating for green buildings in the world - the LEED India Platinum Rating. This recognition...
Read more
News

In a first-of-its-kind collaboration, Galderma India, company that produces Cetaphil has collaborated with Zee5 to launch a digital video campaign for its...
Read more
Lifestyle

To be updated with all the latest news, offers and special announcements.